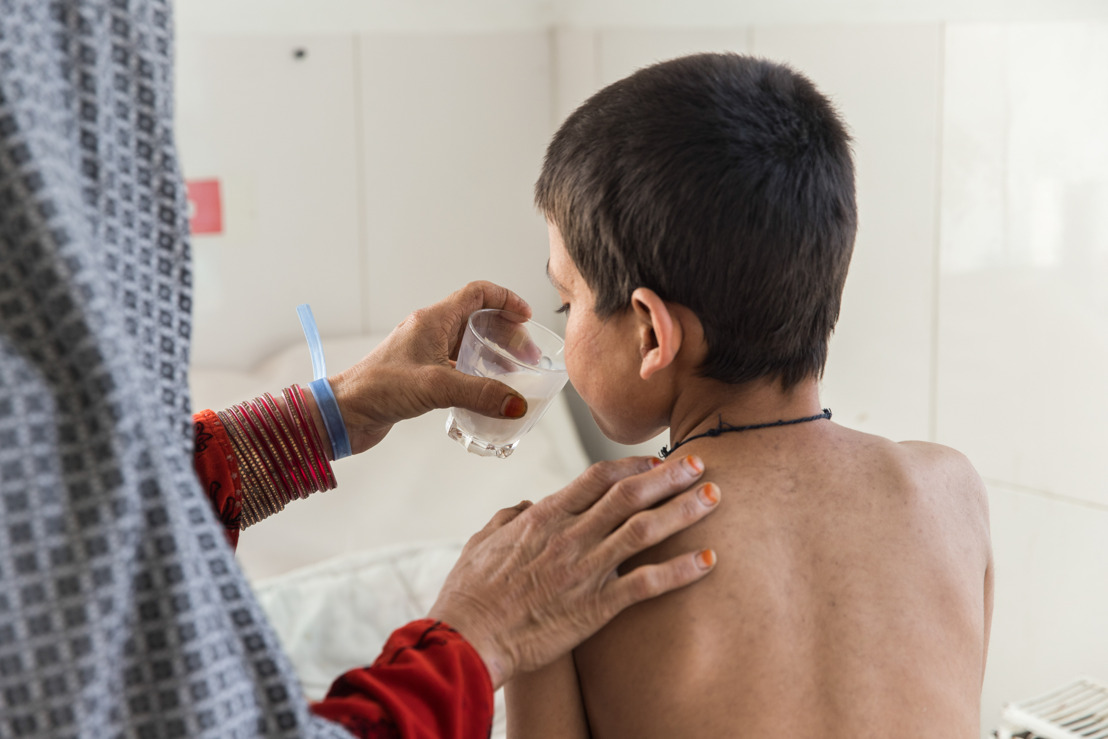 Thursday, March 10, 2022 — Médecins Sans Frontières/Doctors Without Borders (MSF) is warning of a high number of measles cases in Afghanistan, a country where vaccine coverage is very low and medical treatment for severe cases is hard to come by. MSF teams saw over 1,400 children with measles in Helmand and Herat in February. Half developed a complication that required admission to hospital.

Measles is a highly contagious viral disease, which weakens the immune system and can lead to medical complications, like pneumonia, which can be fatal. Afghanistan is facing a nutrition crisis and for malnourished children, whose immune systems are already very weak, the disease is particularly dangerous.

On average, from December to the end of February, over 150 children with measles came to Boost Hospital each week. Forty per cent of these children had a severe complication and were admitted for treatment.

In Herat, MSF saw almost 800 measles cases in February. The project initially had eight isolation beds for patients with infectious diseases, but 12 more were added when the ward became overwhelmed with measles patients. Now, work is ongoing to transform an existing building into a 60-bed unit to provide intensive care for critical patients and inpatient care for those recovering. Even this will likely not be enough.

Measles and malnutrition: a deadly combination

Across both of MSF’s feeding centres in Herat and Helmand, almost 800 children with severe acute malnutrition were admitted from January to the end of February.

“Most children we see in our feeding centre and intensive care unit have had measles recently”, says Fazal Hai Ziarmal, MSF’s clinical team leader at Boost hospital. “Measles damages children’s immune systems and makes it harder for them to fight complications such as respiratory infections like pneumonia.”

Although measles is preventable through vaccination, coverage in Afghanistan is very low. This is one explanation for the rapid rise in cases. Another is that sometimes several families live under one roof, creating conditions for rapid spread of disease. Even simple medication to treat measles is hard to find as many health facilities lack sufficient supplies.

Extra strain on the health system

“In our project in Herat, two children are dying every day due to measles complications and I dread to think about what’s happening in other parts of the country that don’t have access to more advanced care,” says Sarah Vuylsteke, the MSF coordinator in Herat.

“The public health facilities we visited in rural areas have the capacity to handle measles patients with mild complications, but the staff in every single one said they wouldn’t be able to help severe or complicated cases as they don’t have the supplies, staff or equipment. For children who are very sick, the most vulnerable, there’s very little they can do,”

“We can increase the number of beds in the places where MSF works but this won’t fix the problem. Unless there’s a widespread vaccination campaign, we will continue to see increasing cases for the next six months, putting yet more pressure on an already fragile healthcare system. In the longer term, the programme for regular measles vaccinations should be strengthened so that children can be vaccinated routinely, rather than in response to flare ups in cases.”

In Kunduz city, MSF financed staff and equipment for a new 35-bed measles ward at Kunduz Regional Hospital. The ward opened on 27 February and by the next morning it already had more patients than beds.