Before this year, Bosnia and Herzegovina had not seen significant numbers of people transiting through the country as part of the so-called Balkan route. Now, approximately 3,000 migrants and refugees have gathered in the city of Bihać, with most sheltering within and just outside a deteriorating concrete structure at the edge of the city.

“A lack of coordinated planning and reactive preparations in Bosnia and Herzegovina has led to inadequate conditions for migrants and refugees here, risking serious harm to their well-being, safety and health,” says Juan Matias Gil, MSF Head of Mission for Serbia and Bosnia and Herzegovina. “Not only do they not have access to medical services, they also lack basic assistance such as food, shelter, clothes and hygiene services.”

Since June 2018, MSF has been working on the ground at two locations on Bosnia and Herzegovina’s border with Croatia: in Bihać, and further north in the border town of Velika Kladuša, where approximately 1,000 migrants and refugees are sheltering in tents. MSF currently operates small mobile clinics at both sites.

This is in coordination with local medical authorities, and prioritises the most urgent primary healthcare needs. More complex yet urgent cases are referred to secondary healthcare facilities in Una-Sana Canton.

“Facing a protracted situation in Bosnia and Herzegovina, we expect migrants will be faced with the same cycle of healthcare issues that have plagued other spots along the Balkan route: skin and respiratory diseases, deterioration of mental health conditions, and an increase in violence,” says Gil. “We are also alarmed by the reported pushbacks and violence against refugees and migrants on the Croatian side of the border.”

“As winter approaches, there’s no time to lose. If preparations are not organised in time, it could be paid with people’s lives.” 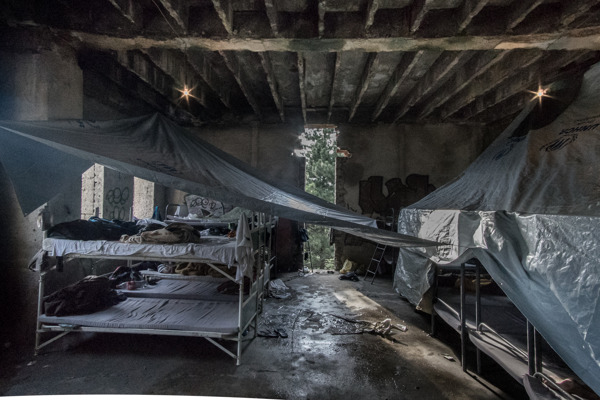