Wednesday, April 12, 2017 — Bangui - As conflict spreads and intensifies in the Central African Republic (CAR), dozens of civilians are being killed and wounded. Thousands are being forced to flee for their lives and are receiving little to no humanitarian assistance, the international medical humanitarian organisation Doctors Without Borders/Médecins Sans Frontières (MSF) warned today.

“Our teams have witnessed summary executions and have found mutilated bodies left exposed to terrorise populations. Civilians are traumatised and many have fled to the bush where they are surviving on whatever they can find”, says René Colgo, MSF’s deputy head of mission. He has been leading the team providing medical care in the areas of Bakouma and Nzako since 26 March.

In the past few months, in-fighting among parties from the 2014–2015 conflict has resulted in splinter groups and has triggered a conflict for control of territory and resources, especially in the centre and east of the country (Ouaka, Haute Kotto, Basse Kotto and Mbomou prefectures). When cities change hands, civilians are the first to suffer. In Bria paediatric hospital, for example, MSF teams have treated 168 people for violence-related injuries since November.

“During the weekend of 24 to 26 March our paediatric ward received around 24 badly injured people. Among them was a three-year-old girl who had a gunshot wound. It was chaos, and I remember having to leave one wounded man because I needed to urgently focus on another who just arrived with his intestines hanging out. We had limited technical equipment, but our surgeon managed to save his life”, says Dr Katie Treble, who was working for MSF in Bria hospital at the time.

The conflict is spreading to areas that had been considered relatively stable for the past two years. In Bakouma and Nzako (Mbomou province), towns and mining areas are being contested by rival armed groups, with devastating consequences for the civilian population.

“What was already one of the most acute humanitarian crises in the world is worsening. The Central African Republic is spiralling into levels of violence that have not seen since the peak of the conflict in 2014”, says Emmanuel Lampaert, MSF’s representative in CAR.

In recent months there has also been an increase in the number of targeted attacks by armed groups against specific communities, which in turn leads to retaliation and a quick escalation of violence. “The nature of the conflict is evolving and traumatised and helpless civilians find themselves trapped in the crossfire, kicked out of their homes, and cut-off from their fields and livelihoods. At the very least all parties need to stop attacking non-combatants and allow a minimum of assistance to reach those in desperate need”, says Caroline Ducarme, head of mission in CAR.

ABOUT THE CRISIS IN THE CENTRAL AFRICAN REPUBLIC

Last year the Central African Republic organised general elections and settled into an uneasy peace, punctuated by sporadic but often localised episodes of violence. Since the 2014–2015 war between the Séléka and anti-Balaka, the eastern half of the country has remained out of government control, but a precarious status quo allowed some normalcy for the civilian population. However, in the past few months the ex-Séléka and anti-Balaka have splintered into different and loosely affiliated armed factions that are currently fighting each other over control of territory, particularly in the eastern part of the country. As the balance of power is contested, the turf wars leave civilians to suffer.

According to UN Office of Coordination for Humanitarian Affairs (OCHA), half the 4.6 million people living in CAR rely on humanitarian assistance. An additional 100,000 people were displaced between September 2016 and February 2017 due to the renewed fighting, bringing the total number of people internally displaced to over 400,000 and the total number of registered refugees to over 460,000. So far only 5.4% of the funds needed in the UN humanitarian response plan have been pledged.

ABOUT MSF IN THE CENTRAL AFRICAN REPUBLIC

MSF has worked in the Central African Republic since 1997, delivering emergency medical care to those most in need across the country. In 2016, MSF provided 947,000 medical consultations (in a country of 4.6 million people), treated 580,000 people for malaria, administered 490,000 vaccines and assisted over 21,000 births. MSF relies 100% on private donors for its work in CAR. 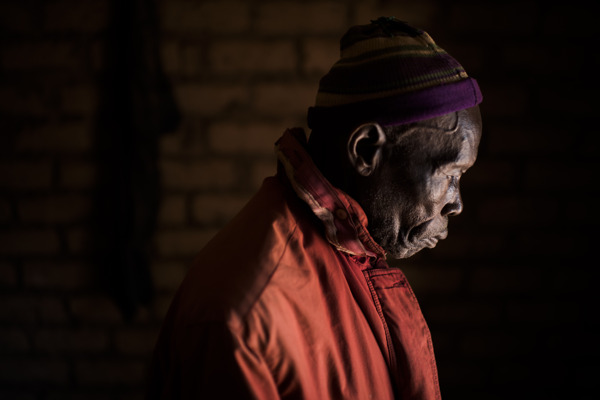