The outbreak erupted in June in North Kivu province and has so far spread to 20 of the country's 26 provinces, reaching epidemic proportions in 11. More than 24,000 people have been affected and 500 deaths have been reported. Cholera is endemic in 6 provinces of the country, but the drought of recent months and the high mobility of the population in certain areas have resulted in a faster spread and a greater impact, with 28 per cent more cases than in 2016.

"We are carrying out a wide response to cover the most affected areas of the country, and the number of patients in our centres has declined in recent weeks”, says Cisco Otero, MSF head of mission in DRC. “However, what has become evident is the urgent need to develop prevention measures, like vaccination and water sanitation in the areas where cholera is endemic, to avoid outbreaks of this magnitude and prevent their spread.".

Since the beginning of the year, MSF's response has been focused in establishing cholera treatment units and centres, and making donations of material in the provinces where cholera is endemic as well as those where the disease has spread. MSF is present in the provinces of Kwilu, Haut-Lomami, Central Kongo, Tanganyika, North Kivu, South Kivu, Ituri, Bas Uélé and Maniema. In recent days, new activities have also started in Haut-Lomami and extended in South Kivu.

"Containing the epidemic is the main priority”, said Otero. “The rainy season is coming and that can spread the virus even faster and lead to a critical situation."

Further details on the photos below available here. 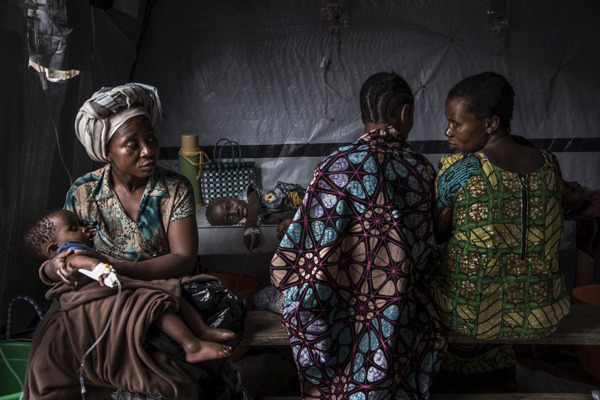