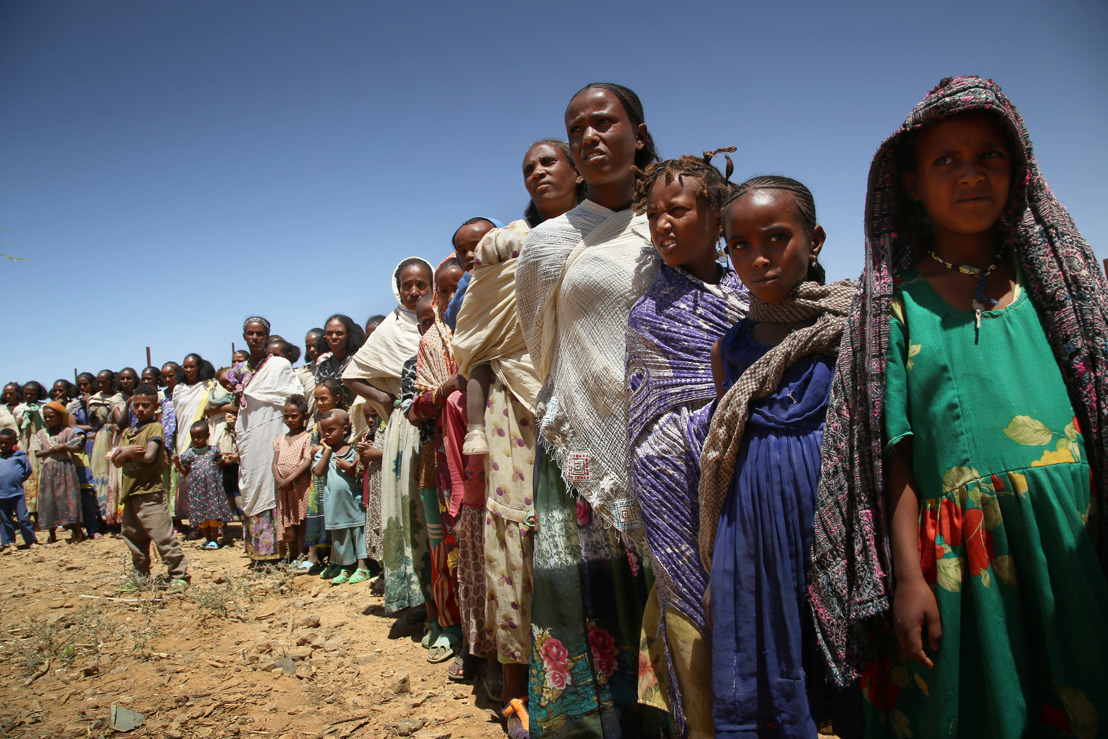 Adiftaw is a village in Ethiopia’s conflict-hit Tigray region, situated three hours north of Axum along hilly dirt roads. When a small MSF mobile team reached Adiftaw for the first time in mid-March they found the health post had been looted and partially destroyed.

In the months since November, the 10,000 people living in and around Adiftaw have been unable either to see a doctor or be referred to a hospital for specialist care. What the team found was nothing new and echoed their experiences on almost every visit to a new place anywhere across Tigray, from east to west and from north to south.

High impact of the violence

Beyond people’s health needs, community elders in the area said the violence had hit people very hard. Some farms were still occupied by soldiers, the village’s mill was not functioning and the water system was broken after the pumps at the boreholes had been deliberately shot at. As a result, villagers had to walk for hours to fetch water from a river, which they said was a source of diseases such as diarrhoea.

At the time of the MSF team’s visit, more than 100 houses had been burnt or damaged as a result of shelling and other violence, and dozens of inhabitants had reportedly died or gone missing, with some believed to be still hiding in the mountains. In recent weeks, some villagers had come back only to find they no longer had a house because it stood in ruins and people from other parts of Tigray, such as Humera and Sheraro in the west of the region, had moved in after being forced to flee their own homes.

“When we arrived in Tigray in late 2020, we found that the health system had almost completely collapsed,” says MSF emergency coordinator Tommaso Santo. “Once we had set up support in hospitals in big towns such as Adigrat, Axum and Shire, it seemed essential to us to reach the more remote areas where people’s needs are greater.”

Over recent months, MSF emergency teams have gradually expanded their activities to outlying areas across Tigray and currently run regular mobile clinics in about 50 different locations.

“Every time we get access to a new site, we send in a small team that can provide a minimum package of medical services,” says Santo. “We are finding people with very little access to drinking water and food distributions, and who cannot do commercial activity due to some markets being closed. Many people are still living in fear in a situation of insecurity.”

MSF teams are seeing large numbers of pregnant women with medical complications, some of whom are malnourished. While child malnutrition varies from one place to another, moderate acute malnutrition has been on the rise in general across Tigray in the last months, says Santo, as the quality and quantity of food available has fallen sharply, with many families eating just one meal a day and often only bread.

Some areas are in fact already showing levels of severe acute malnutrition well above the emergency threshold like pockets in the outskirts of the city of Shire and in Sheraro.

“We try to prioritise the areas where we should continue responding,” says Santo, “and we try to increase the package on offer: it might be family planning, antenatal consultations, vaccinations or other services, none of which have been available for months.”

There is also a clear need in rural areas for treatment and care for survivors of sexual violence, which has been a recurrent feature of the conflict. Over recent months, MSF-supported hospitals in cities have been admitting rising numbers of women seeking assistance to cope with traumatic experiences and terminate unwanted pregnancies.

Much remains to be done to expand people’s access to these and other critical support services. While more humanitarian organisations have sent teams to Tigray, especially since February, the response on the ground is still extremely limited as it hardly ever extends beyond the larger towns.

“Rural areas are often left without any kind of assistance and in recent weeks access for humanitarian organisations to various parts of Tigray has been further constrained,” says Santo. “There is an urgent need to scale up humanitarian assistance and to expand its reach.”

*Names have been changed to preserve anonymity

MSF currently runs medical projects in the Tigrayan cities and towns of Adigrat, Axum, Adwa, Abi Adi, Shire, Sheraro, Humera and Dansha. Since early 2021, MSF mobile teams based in these locations have progressively expanded their activities to rural towns, mountainous areas and villages in parts of the region where the health system is not functioning.

Over recent months, MSF mobile teams have visited more than a hundred different locations, either to run temporary mobile clinics or to supply health centres that had been looted and to train health staff.

There are still rural areas in Tigray that neither MSF, nor any other organisation, has been able to reach; MSF can only assume that people living in these areas are also without access to healthcare.