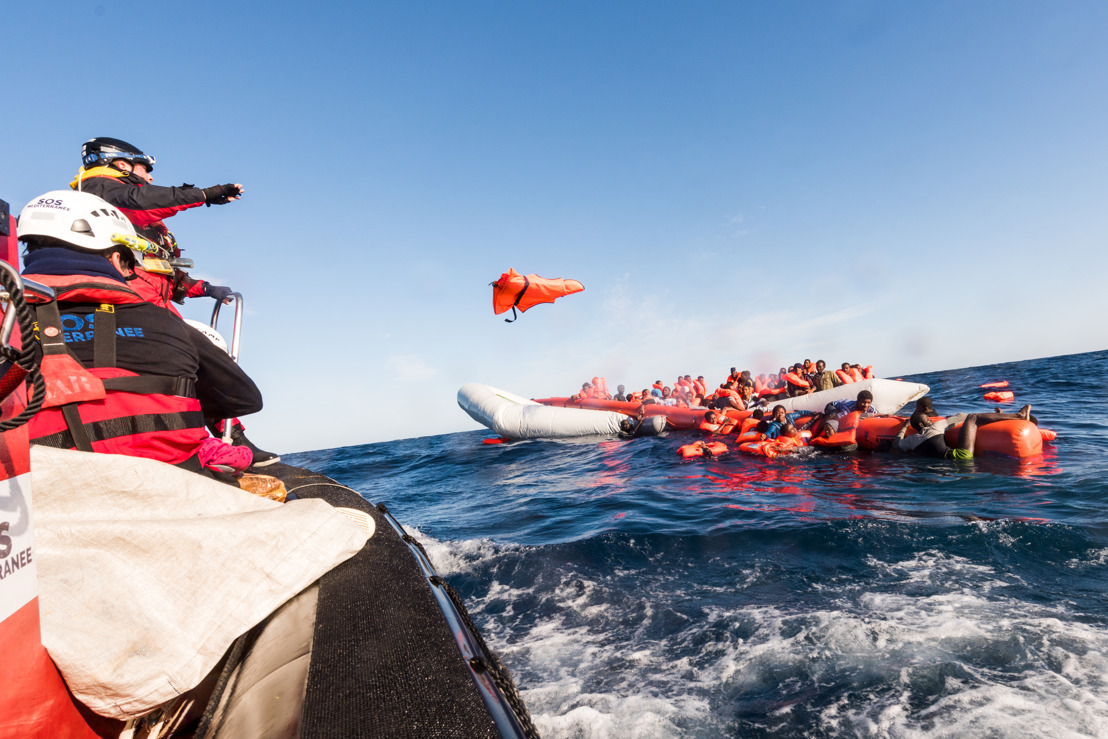 “The response by European governments to the humanitarian crisis in the Mediterranean Sea and Libya has been a race to the very bottom,” said Annemarie Loof, MSF Operational Manager. “A year ago, we implored European governments to put people’s lives before politics. We pleaded for a humane response; for an end to the dehumanisation of vulnerable people at sea for political gain. Yet one year on, the European response has reached deplorable new lows.”

With the news on Tuesday that the Italian government passed an emergency decree limiting the entry of ships into its territorial waters, humanitarian search and rescue operations in the Mediterranean have yet again been targeted for saving lives at sea.

“Fining the captain or the ship owner of a search and rescue vessel is like fining an ambulance taking patients to hospital. This penalty, as well as the confiscation of a ship, is illogical: in the face of need, no judge will condemn those respecting a legal obligation to help rescue boats in distress, or those who choose not to breach international law by sending someone back to a place that is not safe for refugees and migrants.

The Italian decree threatens any vessel that rescues people in distress in its territorial waters with heavy fines. This is a breach of  international maritime law.

Saving lives is not a crime. It is a legal obligation that EU member states should make a priority. But, once again, Italy shows little sensitivity to international obligations. Instead of working together with other European states to create a proactive and adequate search and rescue system, the Italian government criminalises sea rescue." says Claudia Lodesani, president of MSF Italy.

Stand-offs at sea: the new “normal”

Since the Aquarius search and rescue vessel, operated by SOS MEDITERRANEE in partnership with MSF, was blocked from entering Italian ports one year ago, stand-offs in the Central Mediterranean  Sea have become the new “normal”, with  18 incidents publicly documented. These stand-offs add up to a combined 140 days; more than four months that 2,443 men, women and children have been stranded at sea while EU leaders debated their futures.

The fallout from the criminalisation of saving lives at sea is not only affecting humanitarian vessels. It is eroding the very principle of providing assistance to people in distress at sea. Commercial and even military ships are increasingly unwilling to respond to those in distress due to the high risk of being stranded at sea because they have been denied a place of safety to disembark. Commercial ships that conduct rescues are placed in an extremely difficult situation where they must risk a stand-off or return vulnerable people to Libya in violation of international law.

“One year ago, we warned that the dangerous and inhumane political stand-offs at sea should not set a precedent. Yet this is exactly what happened,” said Sam Turner, MSF Head of Mission for Libya and the Mediterranean. “This political deadlock among European countries, and their inability to put lives first, is only more shocking today as fighting continues to rage in Tripoli.”

Pushed back to a cycle of violence

In the last six weeks, people have been trying to flee Libya in increasing numbers, with over 3,800 boarding unsafe boats to attempt the crossing. While UNHCR and other organisations such as MSF have called for the humanitarian evacuation of refugees and migrants from Libya since the start of the conflict in Tripoli, the reality is that for every person evacuated or resettled this year, more than twice as many have been forcibly returned to Libya by the Libyan Coastguard.

European leaders, including those in the UK, support these returns despite knowing the cycle of exploitation, torture, sexual violence and arbitrary detention that these people will be exposed to.

The UK has long been a supporter of harmful policies on refugees and migrants. It has used public money to fund and train the Libyan Coastguard, who forcibly return people trying to escape appalling conditions and have threatened vessels trying to rescue people from drowning. The UK needs to take a public stand against these harmful policies and back dedicated search and rescue in the Mediterranean.

“The lack of humanitarian vessels in the Central Mediterranean during this period should put to rest the unfounded allegation of a ‘pull factor’,” said Frédéric Penard, SOS MEDITERRANEE's Director of Operations. “The reality is even with fewer and fewer humanitarian vessels at sea, people with few alternatives will continue to undertake this deadly sea crossing regardless of the risks. The only difference now is people are nearly four times more likely to die compared to last year, according to the International Organization for Migration (IOM).”

MSF and SOS MEDITERRANEE continue to call on all EU member states to:

Note to Editors: Over the weekend of 9 and 10 June 2018, the Aquarius search and rescue vessel, operated by SOS MEDITERRANEE in partnership with MSF, rescued 230 people and received an additional 400 from Italian naval and coastguard ships. Although the rescue and transfers of these 630 people were initiated and coordinated by the Italian Maritime Rescue Coordination Centre (MRCC), the Italian authorities denied the Aquarius authorisation disembark them safely in Italy as per international maritime law. Eventually, on 11 June, the Spanish government intervened and offered to let the Aquarius disembark in Valencia. The Aquarius informed the Spanish and Italian MRCC that due to overcrowded conditions, safety and security concerns, it could only sail safely to Spain with a maximum of 100 survivors on board. On 12 June, after a 48 hour stand-off, and despite MSF and SOS MEDITERRANEE’s concerns about the humanitarian and medical impact of the sea journey to Valencia, the Italian authorities instructed the Aquarius to transfer 524 people back to Italian ships and sail with the remaining 106 on a four-day journey to Spain. On 17 June, the Aquarius and Italian coastguard and navy ships disembarked all 630 people in Valencia, Spain.