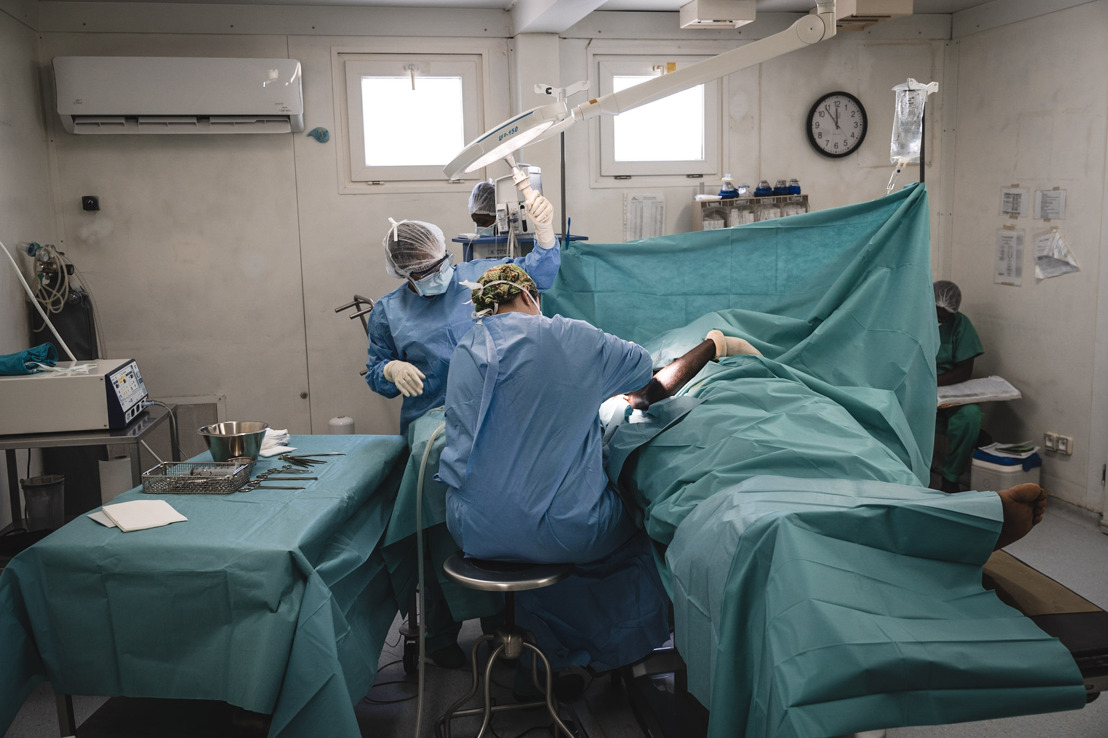 Thursday, November 11, 2021 — PORT-AU-PRINCE —As tensions and armed conflict escalate in Haiti's capital, shortages of fuel, public transportation and drinking water are putting medical facilities and patients at risk, including those operated by Doctors Without Borders/Médecins Sans Frontières (MSF), the organization said today, calling for fuel deliveries to medical facilities in the city.

While MSF has been continuously reducing its energy consumption through emergency measures, MSF's trauma and burns hospital in Tabarre was forced to reduce medical activities last week, treating only patients with life-threatening conditions. Both the Tabarre hospital and MSF's emergency center in Turgeau will run out of fuel for hospital generators in three weeks unless new supplies are delivered. MSF's emergency center in Cité Soleil will run out in two and a half weeks.

"Medical facilities in Port-au-Prince face the same challenges: no fuel, no electricity, no medical care," said Jean-Gilbert Ndong, MSF medical coordinator. "We all must have regular deliveries of fuel."

In the Tabarre hospital, MSF is currently installing solar panels to further reduce the demand on the generators. The lack of fuel is also preventing many staff members from obtaining transportation to reach the hospital for their shifts. With limited means of transportation, teams are constantly adapting so the core medical staff can reach the medical facilities and then return home.

Nearly all public and private health facilities in Port-au-Prince have stopped or limited admissions to only acute cases, or closed their doors due to similar problems. Further closures are possible as the fuel shortage continues.

MSF normally refers patients to other medical facilities when needed, but this is becoming more difficult each day.

"Recently, a patient in respiratory distress came to our emergency center in Cité Soleil, where we stabilize patients for referral to medical centers," Ndong said. "We stabilized her and started the referral procedure, but she was refused at four different medical centers where we usually refer our patients—they had stopped admissions because of lack of fuel. Only at the fifth facility was she finally admitted."

The lack of fuel is affecting other essential goods and services. Food prices have increased sharply, and water supplies are in jeopardy. Haiti's national water agency DINEPA announced on Sunday that it lacks fuel to continue pumping drinking water to numerous areas of the capital. More than 265,000 people live in just one of the areas facing a water shortage, Cité Soleil, according to official figures.

"Medical facilities, patients and members of the community all need clean water," Ndong said. "If we lose water supplies in these areas, we will likely see an increase in waterborne diseases and other urgent medical needs, just as medical facilities are at risk of closing entirely."

Medical needs remain very high. MSF's emergency center in Turgeau is now receiving several women in labor per day, even though it is not a maternity hospital, because other hospitals have limited their services.

At the same time, patients may be delaying seeking care due to the difficulties in the city. MSF's clinic in Delmas 33 for survivors of sexual and gender-based violence has seen fewer patients in recent weeks, and those who arrived said they had to walk for hours within the capital city, because public transportation was unavailable.