Distribution of single doses of the oral antibiotic ciprofloxacin to residents of rural villages in the African meningitis belt reduced the number of meningitis cases during a 2017 meningitis epidemic, according to a new study in PLOS Medicine by Matthew Coldiron and colleagues from Epicentre and Médecins Sans Frontières in France, Switzerland and Niger.

Antibiotic prophylaxis has been used to limit the spread of meningococcal meningitis, mainly in high income countries. This strategy is especially useful for scenarios where vaccines (e.g. Neisseria meningitidis serogroup C) or other prophylactic measures are not yet widely available.

In the current cluster-randomized trial, conducted during a meningococcal meningitis outbreak in the Madarounfa District, Niger, villages with detected cases of meningitis were randomly assigned to one of three intervention arms: standard care (control, without prophylactic medication), a single dose of oral ciprofloxacin for household contacts, or village-wide distribution of ciprofloxacin. The investigators compared the number of new cases in each village and household in each of the antibiotic arms to those in the village populations without antibiotic prophylaxis.

The authors conclude that “the persistence of seasonal meningococcal meningitis epidemics in the African meningitis belt can ultimately be broken only with an effective and affordable conjugate vaccine. In the interim, mass prophylaxis with ciprofloxacin as an epidemic response could be a valuable tool, and should continue to be evaluated.”

Press-only preview of the article:
https://plos.io/2tkdmfh

In your coverage please use this URL to provide access to the freely available paper: http://journals.plos.org/plosmedicine/article?id=10.1371/journal.pmed.1002593

Funding:
Médecins Sans Frontières (MSF) provided funding for the trial. The funder helped to design and plan the study, and participated in the writing of this report, but had no role in data collection and analysis 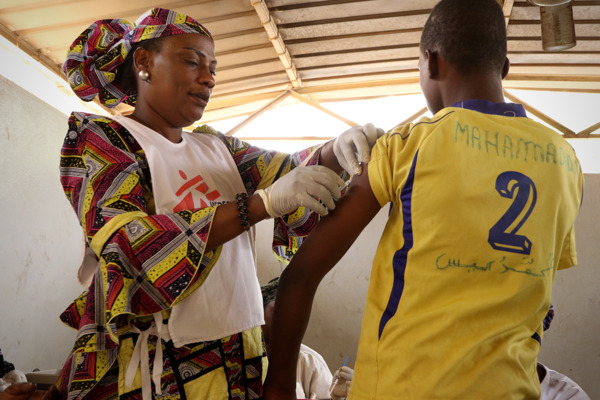