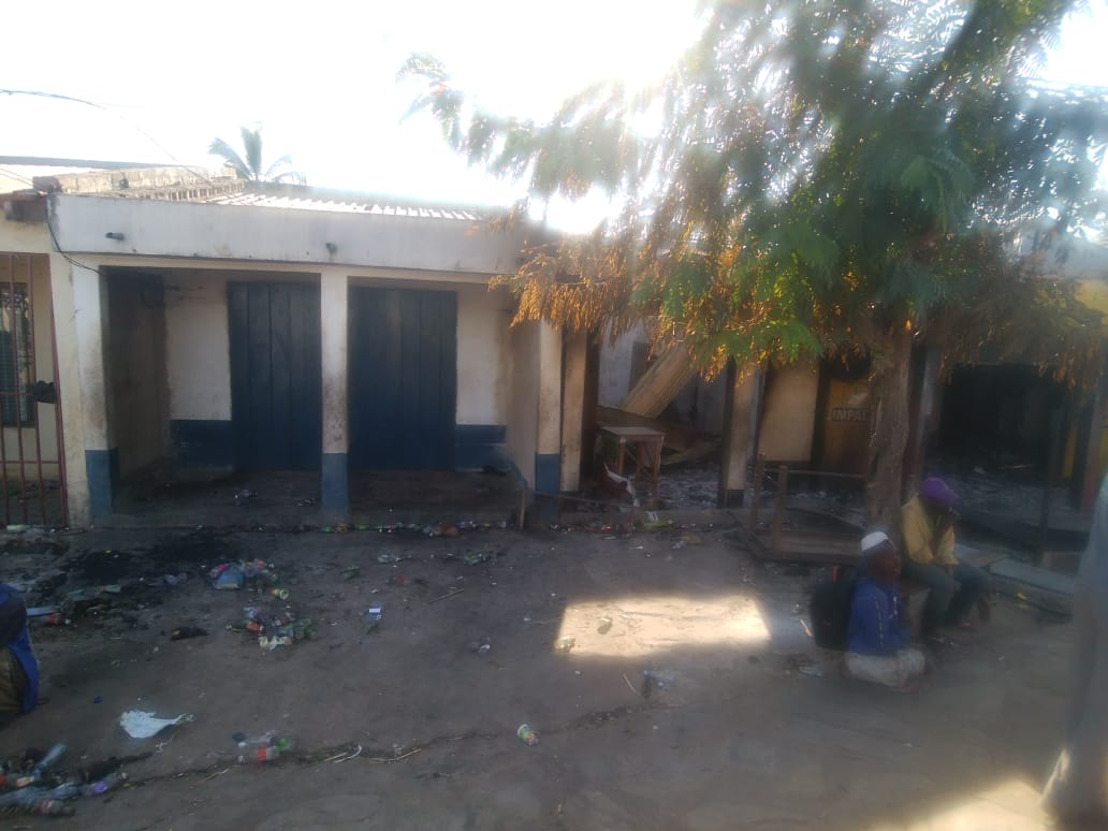 “MSF had 27 staff supporting the Macomia Health Center. They hid in the bush for nearly two days terrified to come out. Thankfully no one was injured and today everyone is accounted for,” confirmed MSF Head of Mission Caroline Gaudron Rose. “This attack and those before it have forced thousands to flee. Our ability to reach those in need is jeopardized by this increase in violence and with the destruction of the Health Center.”

After years of violent episodes, Cabo Delgado has seen a surge in attacks since March. These assaults have decimated villages and terrified local populations. Macomia was already home to thousands of displaced people from previous attacks. The numbers of those forced to leave their homes in Cabo Delgado Province is growing.

“There are still thousands of displaced people who are hiding in the bush, too scared to go back to their villages. They are terrified of the ongoing violence,” said Gaudron Rose. “The situation could be extremely dire for those who were forced to flee from Macomia and other villages - without shelter, clean water and access to medical care, they are extremely vulnerable.”

Access to the northern region of Mozambique has become more difficult since violence erupted in late 2017. However, humanitarian assistance is crucial for the displaced population already suffering from malaria and cholera outbreaks and little access to HIV and TB care. These medical conditions are compounded by the violence in the province.

MSF already suspended its medical support in Mocimboa de Praia following attacks on the town in March. Due to this most recent attack, MSF has suspended its support in Macomia as well. MSF is actively reviewing its strategy in order to continue supporting the thousands of people that have lost their livelihoods, homes and communities.

MSF has been present in Mozambique since 1984.  In the city of Pemba, MSF is supporting health authorities in improving access to water and sanitation as well as responding to possible outbreaks of diarrhea and cholera. MSF is also present in Maputo and Beira providing care to people with advanced HIV, Tuberculosis, Hepatitis and vulnerable populations.  Across all projects, MSF is supporting the Mozambique Ministry of Health in its response to COVID through the implementation of preventative measures including infection control, triage and surveillance.