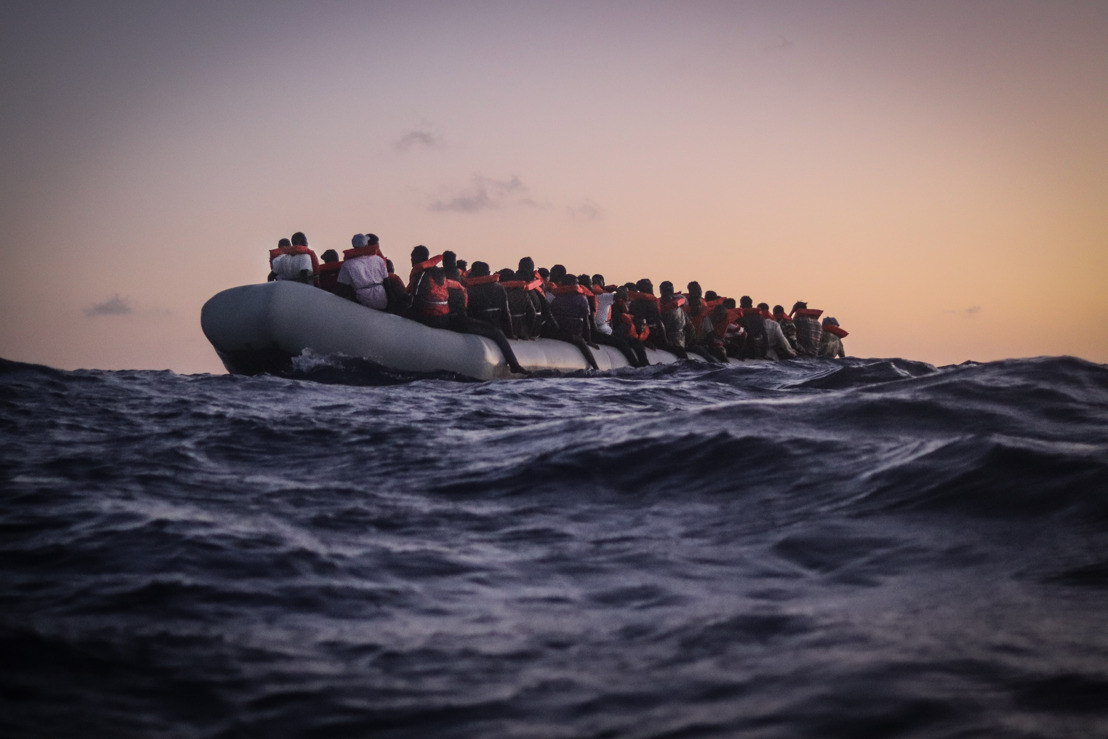 Before dawn broke on 24 August, the crew began their third and most challenging rescue in less than 48 hours. Launching at first light, MSF and Sea-Watch rescue teams started the process of carefully evacuating some 100 people from a severely overcrowded and unseaworthy rubber boat in rapidly deteriorating weather conditions. The operation was complicated by a heavy swell and the fact that many of the survivors were in poor physical condition.

“The majority of those rescued this morning were weak and disoriented, smelling strongly of gasoline and exhibiting symptoms of fuel inhalation", says Barbara Deck, MSF Medical Project Coordinator.

“Over 90 people required emergency showers for exposure to the gas used to power the engine, which generates noxious fumes and is highly corrosive when mixed with salt water. The MSF medical team continues to monitor for the development of burns, while following up with over 30 patients who presented with acute hypothermia. The longer people are left at sea without access to food, water or shelter, the higher the risk of significant health complications. And that is without even considering the risk of death by drowning. Speaking as a medic, seeing people risking their lives at sea in order to seek safety, is to be confronted with a devastating reality”.