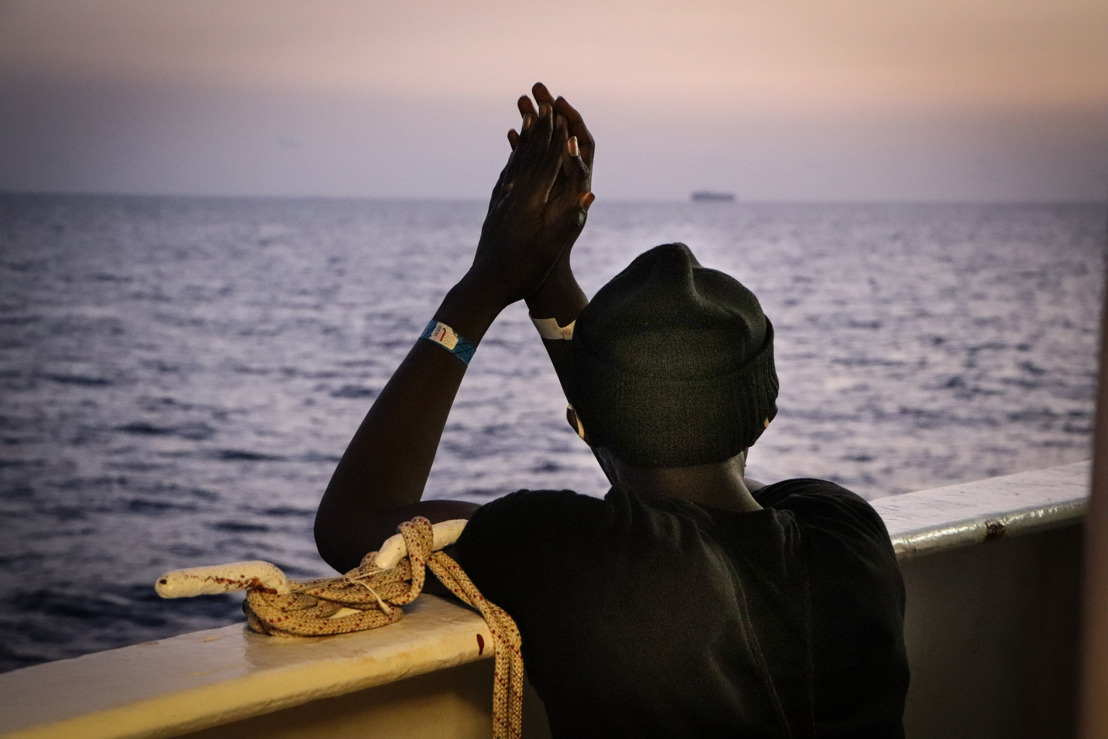 “Enough with the empty lamentations in response to the carnage unfolding,” said MSF Humanitarian Affairs Advisor Hassiba Hadj Sahraoui. “The responsibility for these deaths lies squarely with EU member states, as the concrete and inevitable outcome of their murderous policies of non-assistance and the active blocking of NGO rescue ships.”

“For European governments or the EU Commission to say they are saddened by this horrendous loss of life is hypocritical at best,” said Hadj Sahraoui. “They need to stop with the double-speak and admit their responsibility: shipwrecks like this are the direct outcome of their approach to migration.”

Nearly 700 people have died in their attempt to escape Libya across the central Mediterranean during 2020, and at least 267 of these deaths have been reported since the Sea-Watch 4 was detained by Italian authorities in the port of Palermo on 19 September. With six NGO ships prevented from resuming lifesaving operations under the guise of concerns about safety of navigation, the rescue ship Open Arms is currently the only civilian ship able to operate.

Rather than meeting their international and maritime obligations to assist those in distress at sea, European states have chosen to further decimate search and rescue capacity. They engage in the charade of welcoming or recognising the value of the lifesaving work of NGOs, while orchestrating or endorsing their criminalisation.

Interceptions by the Libyan Coast Guard meanwhile have spiked in recent weeks, with almost 1,000 people forcibly returned to Libya between 3 and 9 November; this is indicative of the high number of people attempting to escape from Libya.

“The inhumane conditions inside detention centres in Libya have been denounced time and time again,” said William Hennequin, MSF programme manager for Libya. “But arbitrary detention is only a small part of the deadly cycle of violence in which thousands of vulnerable people are currently trapped. Leaders of the states promoting and supporting those interceptions and returns ought to see the result of their policies themselves.”

“Last week, a 15-year-old Eritrean boy was shot dead after armed men stormed a shelter in Tripoli,” said Hennequin. “Killings, abductions, extreme violence – including torture to extort money from the captives and their relatives – remain everyday threats that will keep pushing vulnerable people to cross the sea to escape this abuse in the absence of other safer ways to do so.”

On Wednesday, Frontex, the European Border and Coastguard Agency, stated that they were “committed to saving lives at sea in close cooperation with all operational actors”. However, this masks the reality that they have continually avoided sharing information relating to boats in distress with NGO rescue ships, while sending the locations to the Libyan Coast Guard, so the boats can be trapped and forcibly returned to Libya.

European states must stop blaming this loss of life only on the callousness of traffickers. They must instead accept that the mass loss of life in these incidents are the human collateral of their own calculated and political decision-making. Human trafficking must be combatted, but not at the expense of its victims who, instead of receiving lifesaving assistance and protection, are trapped and pushed back into a cycle of abuse. Or simply left to drown.