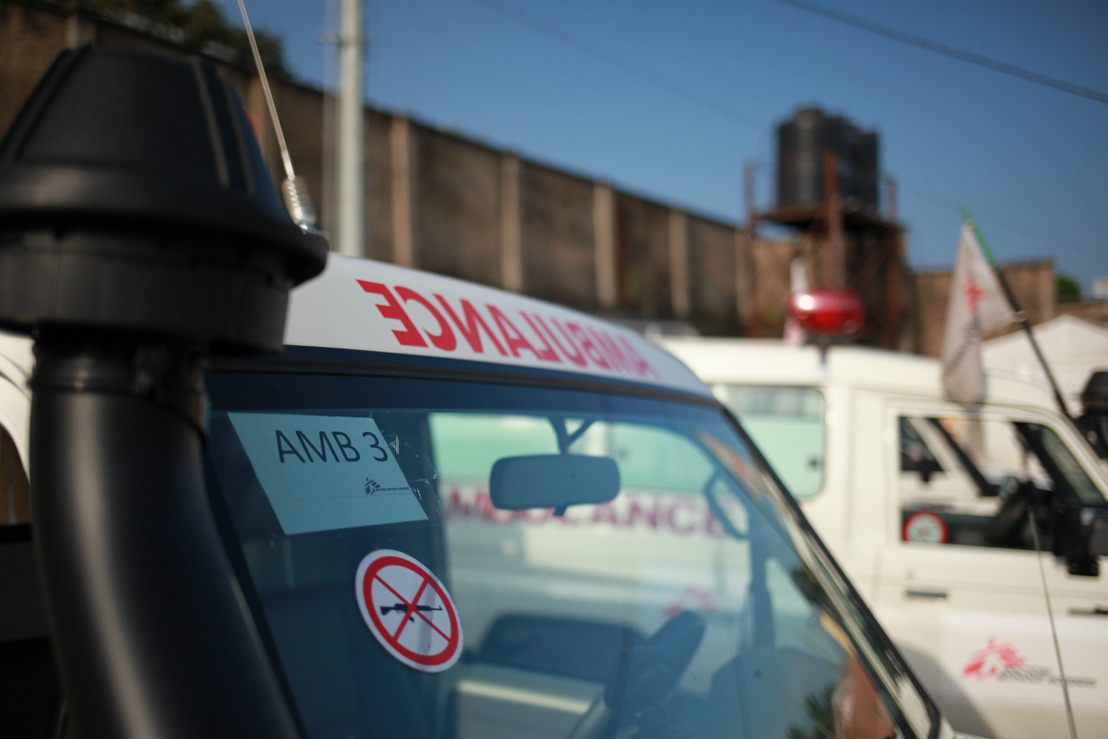 "We cannot stay any longer in a region where we are not allowed to provide care to people here," says Emmanuel Lampaert, MSF's operations coordinator for Central Africa. "Unfortunately, we cannot keep our staff on standby any longer, so we have no choice but to withdraw our teams. However, we will keep a small liaison office in Bamenda, the regional capital, to continue our dialogue with the authorities."

MSF had provided free emergency medical care and ambulance services in the North-West region since 2018, until, in December 2020, Cameroonian authorities in the region suspended its activities. Officially, this was until MSF’s framework for collaboration with the government could be reviewed. However, this decision came after a series of allegations accusing the organisation of supporting local armed groups, which MSF consistently and categorically rejected, both in meetings with the authorities and in the public arena. Despite months of exchanges, authorities did not grant MSF to resume its medical activities.

"This suspension significantly reduces access to medical services in an area where communities are badly affected by armed violence," Lampaert continues. "We hope that the provision of medical humanitarian assistance to everyone, without distinction, will still be possible. The people are paying a very heavy price for this situation. If the authorities decide to lift our suspension, we will resume our medical activities as soon as possible."

Since 2018, MSF had been one of the few international NGOs offering free medical care to communities in the North-West region, and managed the only 24/7 free ambulance service in the area. Each year, tens of thousands of patients benefited from its support in a region where access to care has been significantly reduced by armed violence.

"It is essential that other organisations step in to provide additional support to the Ministry of Health to ensure the provision of care for vulnerable people," concludes Emmanuel Lampaert. "This must be done with absolute respect for health facilities, staff and patients. Since 2018, we have witnessed numerous attacks and acts of intimidation against healthcare facilities, and MSF was not spared from this. While we are now forced to withdraw our teams, we call on all parties to the crisis to respect healthcare providers, whether they are members of non-governmental organisations or the Ministry of Health. Any threats or violence against them or their patients is unacceptable."

In 2020, until the suspension of its operations on 8 December, MSF teams in the North-West region treated 180 survivors of sexual violence, provided 1,725 mental health consultations, performed 3,272 surgeries, and transported 4,407 patients by ambulance, more than 1,000 of whom were women about to give birth.

MSF is an emergency medical humanitarian organisation, which has worked in Cameroon since 1984. Today, it continues to conduct medical activities in the Far-North and South-West regions. In Cameroon, as elsewhere, MSF’s work is guided by the principles of independence, neutrality and impartiality, as well as medical ethics. Its teams provide free medical assistance to anyone in need, regardless of political or religious affiliation, nationality or gender.