Thursday, October 11, 2018 — ​Nauru / Sydney - Médecins Sans Frontières/Doctors Without Borders (MSF) strongly condemns the government of Nauru’s sudden decision to cease the provision of desperately needed mental health care provided by MSF to asylum seekers, refugees and the local community on Nauru. The international humanitarian medical organisation describes the mental health situation of refugees on the island as “beyond desperate” and calls for the immediate evacuation of all asylum seekers and refugees from the island and for an end to the Australian offshore detention policy.

“It is absolutely disgraceful to say that MSF’s mental health care is no longer required; the mental health situation of the refugees indefinitely held on Nauru is devastating," said Dr Beth O’Connor, MSF psychiatrist. "Over the past 11 months on Nauru, I have seen an alarming number of suicide attempts and incidents of self-harm among the refugee and asylum seeker men, women and children we treat. We were particularly shocked by the many children suffering from traumatic withdrawal syndrome, where their status deteriorated to the extent they were unable to eat, drink, or even walk to the toilet.”

As corroborated by MSF medical analysis, refugee patients exist in a vicious cycle of deep despair with many having lost the will to live.  Among them, at least 78 patients seen by MSF had suicidal ideations and/or engaged in self-harm or suicidal acts. Children as young as nine have told MSF staff that they would rather die than live in a state of hopelessness on Nauru. Among the most severely ill patients are those separated from their immediate family as a result of Australia’s immigration policy.

For the last 11 months, MSF’s psychologists and psychiatrists have been providing critical mental health care to stabilise and manage the symptoms of dozens of patients. Nevertheless, no therapeutic solution can be considered possible for people indefinitely held on Nauru. “Our patients often describe their situation as far worse than prison because in prison you know when you can get out,” continues Dr O’Connor. “Whilst in my professional opinion there is no therapeutic solution for these patients as long as they are trapped on the island, I fear the withdrawal of MSF’s psychiatric and psychological health care from Nauru will claim lives.”

Although many of the refugees on Nauru have experienced trauma in their countries of origin or during their refugee journey, it is the Australian government’s policy of indefinite offshore detention that has destroyed their resilience and shattered all hope that they will one day lead safe, meaningful lives.

“Separating families and forcibly holding men, women and children on a remote island indefinitely with no hope or protection except in the case of a medical emergency is cruel, inhumane and degrading,” said Paul McPhun, MSF Australia’s Executive Director. “While the Australian government describes offshore detention as a humanitarian policy, our experience proves that there is nothing humanitarian about saving people from sea only to leave them in an open air prison on Nauru. This policy should be stopped immediately and should not be replicated by any government. It’s not MSF’s psychiatrists and psychologists that should be leaving Nauru; it’s the hundreds of asylum seekers and refugees that Australia has trapped on the island for the past five years that should be leaving.”

MSF started providing free psychological and psychiatric services in the Republic of Nauru in November 2017, to refugees, asylum seekers and the Nauruan population. These services were put on hold on 5 October, 2018 when the government of Nauru informed MSF that services were “no longer required” and requested that MSF end activities within 24 hours.

Almost all 900 asylum seekers and refugees on Nauru, including 115 children, have been on the island for more than five years, with no clear process or prospect of permanent resettlement. 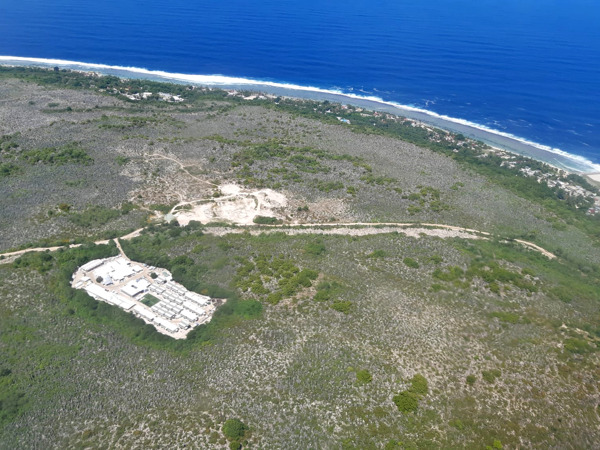