The latest affected areas include the city of Butembo and a number of isolated areas that are hard to reach. For now, the number of cases in Butembo’s city centre is low, but cases are rising quickly in its eastern suburbs and outlying isolated districts.

Teams from Médecins Sans Frontières/Doctors Without Borders (MSF) continue to strengthen their efforts to help bring the epidemic under control.

“We are very concerned by the epidemiological situation in the Butembo area,” says John Johnson, MSF project coordinator in Butembo. “We now know that this outbreak will last and that we must increase our efforts to get it under control. With the agreement of the authorities, we have made a strategic decision to roll out our activities close to the affected populations and to organize training of key people in the community so that we can reach patients and their relatives.”

MSF’s efforts to reach Ebola suspects living in isolated areas have had initial success. New cases are being reported from these areas and patients are being brought to Butembo, where MSF manages an Ebola Treatment Centre in collaboration with the Ministry of Health.

MSF teams have been responding to the Ebola epidemic in North Kivu and neighbouring Ituri province since it was declared on 1 August 2018. MSF is running Ebola Treatment Centres in the towns of Mangina, Butembo and Tchomia; an isolation centre in Bunia; and a transit centre in Beni. MSF also carries out control, prevention and awareness activities in healthcare centres and amongst affected communities. 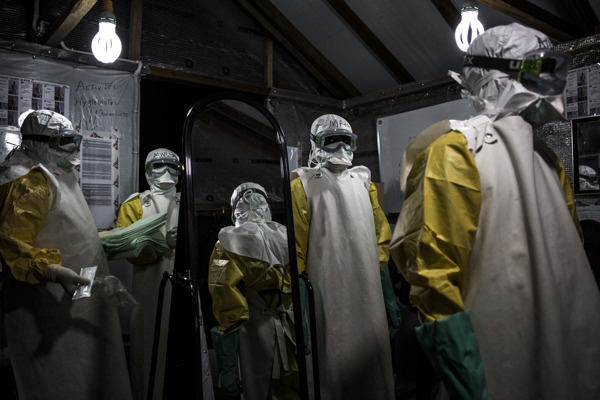