In 2016, MSF recorded at least 74 attacks on 34 different health structures which it managed or supported.  71 of these attacks took place in Syria, and three in Yemen.

Joining the Academy of Medical Royal Colleges, which represents doctors across the UK, MSF calls on the British Government to take the lead in ending attacks on hospitals in warzones.

MSF calls on the UK and all UN member states to commit to a mandatory independent investigation mechanism to be carried out in the wake of any attacks on healthcare facilities for purposes of accountability and future prevention.

MSF is concerned that the protection of hospitals under international law may be being undermined in counter-terrorism operations.  In Syria, for example, doctors risk being killed for treating those described by the Syrian Government as ‘terrorists’ or criminals.  MSF is therefore also calling on the UK to lead the way in emphasising that the provision of neutral, civilian medical assistance can never be criminalised in the name of ‘counter-terrorism.’

Vickie Hawkins, Executive Director of MSF UK said: “One year ago, the UK and other Security Council members loudly condemned attacks on hospitals – in the wake of devastating bombings in Syria, Yemen and Afghanistan.  Yet little or nothing has been done since to put those words into action.

“The British Government has a responsibility to lead on this issue – not least as it is closely allied to some of those countries responsible for the bombing of civilian medical facilities.

“Theresa May has stressed her commitment to ‘a rules based global order.’  If this claim is to mean anything, she must ensure that Britain leads the way in ending attacks on hospitals in conflict.  This means taking concrete steps to put words into action, and encouraging our allies and members of the Security Council to do the same.” 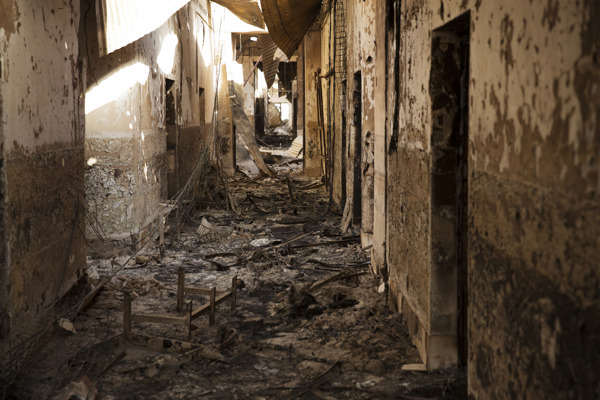