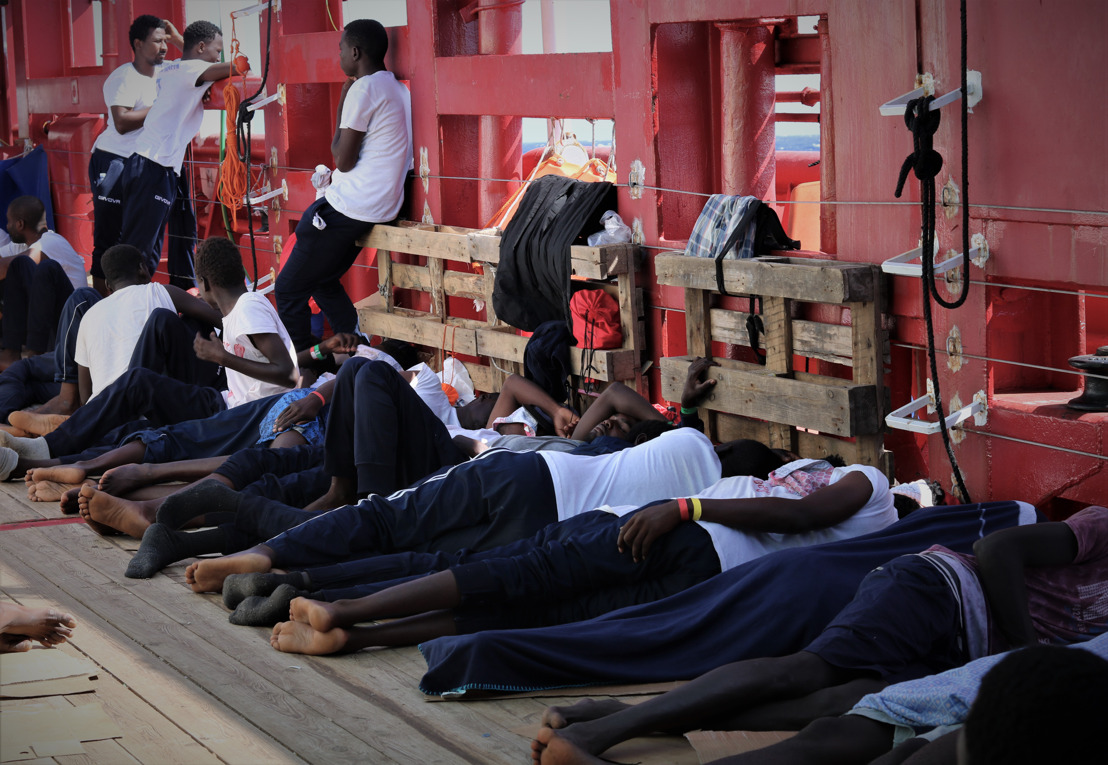 “It’s been now 13 days that 356 vulnerable people are stranded onboard Ocean Viking. Every day we see the situation deteriorate. There are people onboard with medical conditions that could turn critical in an instant and require an evacuation.

In almost two weeks, I have seen victims of sexual violence and treated people who suffered brutal beatings, electrocution, torture including burns from melting plastic, and also war-related wounds. A third of my patients are children under the age of 18. They all have experienced nightmarish journeys before they have been rescued.

As each day passes, I see a rapid and concerning deterioration in people’s mental state.

They are petrified they will be taken back to Libya where they have been exposed to horrendous abuses and arbitrary detention.

Many had attempted to flee Libya multiple times but had been intercepted by the EU-supported Libyan Coast Guard and forced back into detention. Some are survivors of shipwrecks or bombings. They all deserve safety.

As a doctor, I cannot accept their unnecessary drawn-out suffering.

Why are ethics and humanity taken hostage by politicians who voluntarily leave people stranded at sea, depriving them again of their basic rights and dignity?

How much more trauma will European leaders impose on these people until a humane solution is found? What must happen before they react?

There must be an urgent intervention now. I implore European States to find their humanity and put an end to this disgrace. All 356 people on board must be allowed to disembark in a place of safety now.”

MSF UK has written to the British government urging them to: