"After two years of defamatory and unfounded allegations of collusion with human traffickers, judicial investigations, and bureaucratic obstacles against our humanitarian work, we are now accused of organised crime aimed at illicit waste trafficking. This latest attempt by the Italian authorities to stop humanitarian lifesaving search and rescue capacity at any cost is sinister" says Karline Kleijer, MSF’s Head of Emergencies.

The request to seize the Aquarius, and the order to freeze MSF bank accounts, follows a longstanding investigation by the Prosecutor’s Office of Catania regarding the disposal of on-board waste, with particular reference to food leftovers, clothes of rescued people, and waste from the ship’s medical activities. However, the in-port operations, including waste management, of MSF’s search and rescue vessels have always followed standard procedures. Relevant authorities did not question these procedures nor did they identify any hazard for public health since MSF began search and rescue operations in 2015.

MSF is willing to fully cooperate with Italian authorities but questions the Public Prosecutor's interpretation of the events and refutes accusations that it was involved in criminal activity aimed at illicit waste management of any kind. Following an assessment of the seizure decree and an internal review, where the prosecutor’s allegations appear inaccurate or misleading, MSF will submit an appeal to Italian review courts.

"We are more than ready to clarify the facts and stand accountable for the operational procedures we followed, but we strongly reaffirm the legitimacy and legality of our humanitarian work”, says Gabriele Eminente, General Director of MSF in Italy. “This climate of repeated attacks and baseless accusations has led to the real crimes we see today at sea. 2.000 people have perished in the Mediterranean this year only, others continuing to take the journey with no vessel left to save their lives, survivors returned to inhumane and arbitrary detention in Libya, in complete disregard for international maritime, humanitarian, and refugee law."

With five humanitarian search and rescue boats spanning three years of operations at sea, MSF has rescued over 80,000 people in coordination with maritime authorities and in full compliance with national and international laws. Today, the Aquarius sits paralyzed in Marseille after having its registration flag revoked twice in two months as a result of concerted political pressure.

“Two years of smear campaigns against search and rescue activities, baseless public accusations of criminal activity, and the closure of ports of safety have impeded humanitarian aid and discouraged ships of all kinds from rescuing boats in distress on the Mediterranean Sea. The ultimate result is countless lives lost and a surge in human suffering; as the European-funded Libyan coast guard returns more and more survivors intercepted in international waters back to arbitrary detention in Libya, in contravention to international law. Once again Italy, with the full backing of Europe, has chosen to criminalise and blame those trying to save lives at sea instead of addressing the root cause of the problem - their inadequate and inconsistent policies” concludes Kleijer. 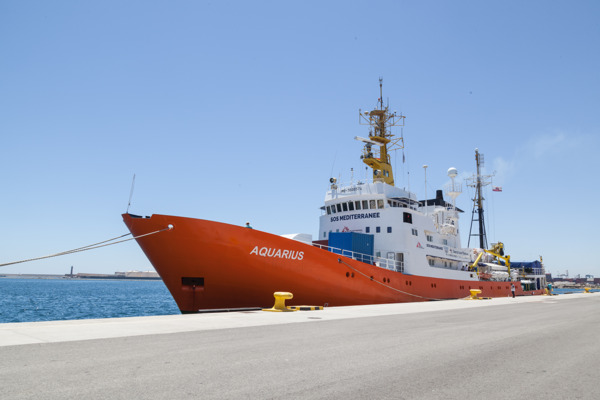