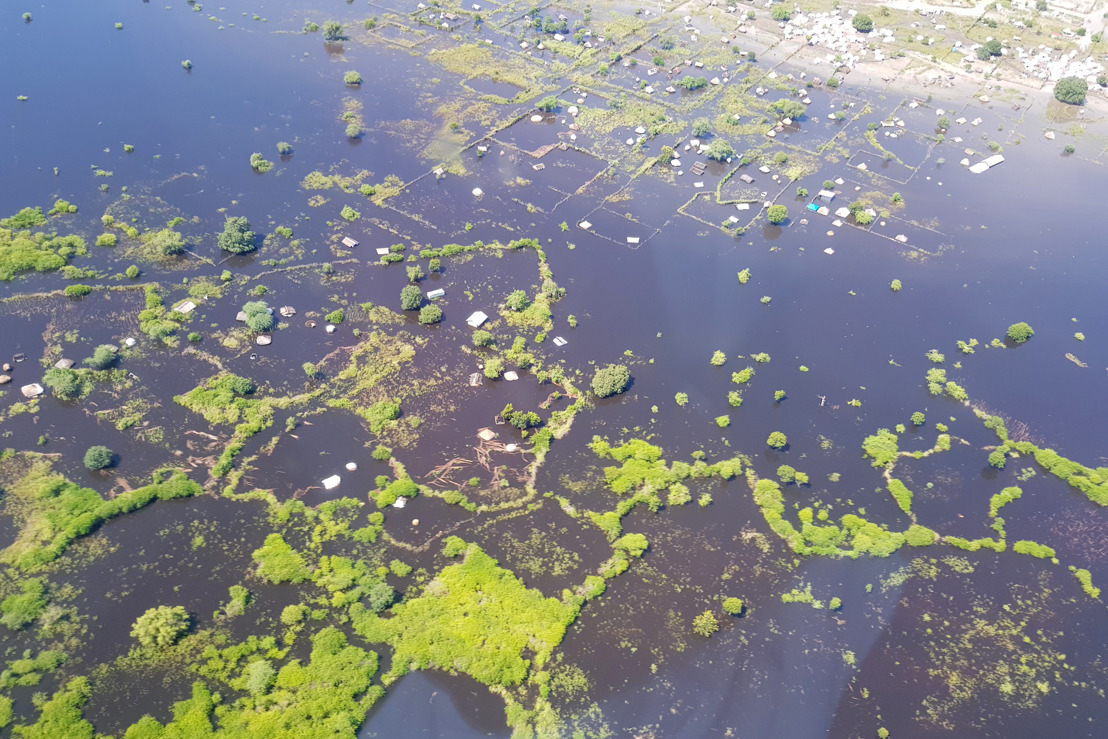 Pibor town is under water. Thousands of people have had their homes destroyed and are now displaced. An estimated 6,000 people are seeking shelter on the last remaining island of dry land. Living conditions for those who have been displaced are deteriorating. The space is increasingly congested, thick with mud, has no latrines and just one functioning borehole.

Immediate needs identified are for safe drinking water, shelter, food and adequate healthcare. MSF is concerned not only for the communities we are there to support, but also for those we cannot reach in outlying areas. Access challenges are an issue year-round in South Sudan, but with the floods, this is further cutting off people’s access to basic life-saving services and impeding humanitarian actors’ ability to reach them.

MSF was working in a hospital in Pibor which has flooded and is no longer functional. MSF’s initial response involved relocating some activities to another location on higher ground in a temporary tented facility. The team continue providing healthcare to the most severe patients in a 14-bed facility. Attention is still on carrying out aerial and ground assessments to gain an understanding of the impact of flooding for communities in outlying areas. As of 03/11/2019, the MSF team set up a water station so access to clean drinking water has improved.

UNHCR report that an estimated 200,000 people, including the refugee and host community are affected by flooding in Maban. In most areas, there was no access to MSF facilities during the flooding because of the water level, but shortly after water levels started to decrease, access to MSF facilities was possible. From assessments carried out, the main needs identified by MSF and other organisations on the ground are for safe drinking water, food, nonfood items and shelter. The water and sanitation situation is concerning with defecation in open sites. The main diseases the MSF team are treating continue to be respiratory tract infections, malaria, diarrhea and some skin and eye infections due to unsanitary conditions. In Doro refugee camp, there were reportedly 10 drownings.

Initally, MSF teams were temporary unable to reach the hospital, but within 24 hours, access was possible. The compound did flood and the team were temporarily relocated, but it has not been destroyed and the team are back in the original compound.

Assessments have been carried out in Bunj, Maban and Doro. An emergency team are on the ground to assess greater Maban County with a focus on internally displaced persons. The team is also reinforcing cholera preparation by identifying a suitable location for a cholera treatment centre (CTC). MSF have also made drug donations were made to other NGOs.

Five assessments around Lankien (10km catchment area) have been completed with 2,000 households evaluated as needing urgent non-food items. 50-60% of the population are displaced and living amongst the host community.