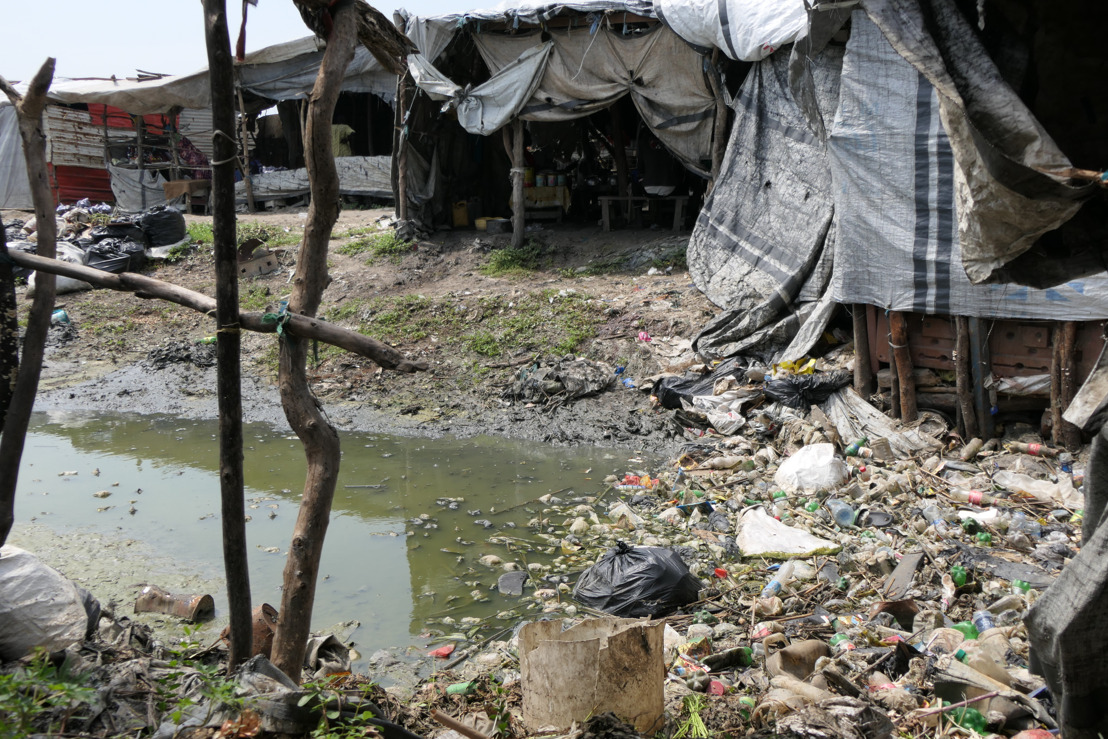 Of 186 hepatitis E cases reported in 2021, over 60% were recorded over six weeks between July to mid-August. One patient who passed away was a pregnant woman, as the Ministry of Health in South Sudan highlighted on 15 August. Pregnant women are especially at risk, as they are more likely to experience severe illness and the mortality rate can be as high as 10-30 per cent.

MSF teams have also witnessed an exponential growth in the number of people with acute watery diarrhoea. While we were treating an average of 230 patients per month throughout the year, we have seen 1,454 in July - a 50 per cent rise in the number of patients seen in June. The most affected are children aged under five years.

“We don’t have water containers in our house and sometimes my children go to bed without showering because the one jerry can we have is not enough for showering the five of us. We just use it for drinking,” explained camp resident Nyaker Deng Bol, 24 years old.

A lack of soap and latrines, as well as open sewers, are among the poor hygiene issues contributing to the appalling situation for over 100,000 people who live in the camp. During a survey MSF teams conducted in August, less than 27 per cent of the sampled households could show a piece of soap while being interviewed in their shelters. Additionally, only around 13 per cent of people have access to hand washing points with water and soap close to the latrines.

An earlier MSF assessment in April showed that the number of functional latrines in the camp was ten times below the minimum international standard for the size of population.

“The deplorable water and sanitation situation in the Bentiu camp is not a new phenomenon but has continued to drastically deteriorate in the last two years, leaving an already vulnerable population at high risk of outbreaks, as we are currently witnessing,” analysed Samreen Hussain, MSF deputy medical coordinator.

Prior to the UK Government's cuts to overseas aid, the UK was the second largest donor to the humanitarian response in South Sudan. However, the future impacts of a reduction in aid funding will be revealed if the UK does not restore the abruptly reduced support to South Sudan’s health system. The UK must mitigate such impacts and continue to support the South Sudanese health system to ensure that lives are not needlessly lost.

While MSF has mobilised a medical response, organisations that provide water and sanitation in Bentiu camp have been increasing services to address the unacceptable conditions. Desludging, cleaning and rehabilitation of existing latrines, construction of new latrines, and distribution of soap and water containers should urgently continue, as the water and sanitation conditions are still extremely poor.

Working in Bentiu since 2014, MSF currently runs a 136-bed hospital with an inpatient department, emergency room for children and adults, and surgery. We provide maternal care for complicated obstetrics, care for survivors of sexual and gender-based violence, treatment for HIV/AIDS, tuberculosis and Kala azar, mental health care, inpatient therapeutic feeding centre, outreach programme within the IDP camp and post-exposure prophylaxis for rabies. We also provide water and sanitation services.

Hepatitis E is a viral liver disease prevalent in environments with poor water supply and sanitation. It is most commonly spread through the oral-faecal route, when people ingest water or food contaminated by an infected person’s faeces. The symptoms are acute jaundice, which turns people’s eyes and skin yellow, as well as fever, reduced appetite, nausea and vomiting, dark urine and enlargement of the liver, though people may not show symptoms at all.