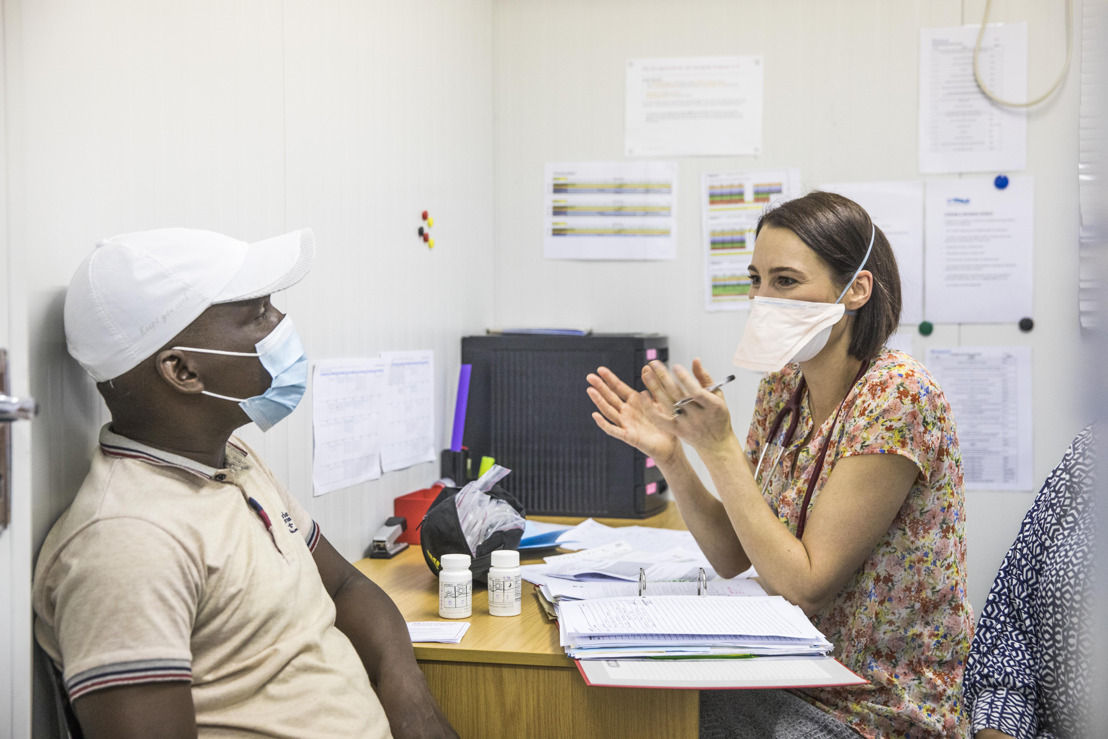 TB-PRACTECAL, a phase II/III clinical trial sponsored by Médecins Sans Frontières (MSF), tested a six-month regimen of bedaquiline, pretomanid, linezolid and moxifloxacin, against the locally accepted standard of care. At the time of the interim analysis 242 patients had been enrolled in seven trial sites across Belarus, South Africa and Uzbekistan.

MSF is now preparing a dataset to share with the World Health Organization (WHO) as soon as possible, and full results will be submitted to a peer reviewed journal in the coming months. MSF believes these findings will have the potential to change clinical practice.

“This will be the first ever multi-country, randomised, controlled clinical trial to report on the safety and efficacy of a six-month, all oral regimen for drug-resistant TB,” said Professor David Moore from the London School of Hygiene and Tropical Medicine and a member of the Trial Steering Committee. “The findings could transform the way we treat patients with drug-resistant forms of TB worldwide, who have been neglected for too long.”

465,000 people developed rifampicin-resistant TB in 2019 and 182,000 died. Treatment is long, only cures three out of every five patients, and despite changes in WHO guidance, often still includes painful injections and drugs which cause toxic side effects including deafness.

“Our hope is that rigorous data from TB-PRACTECAL will be reviewed by the WHO urgently and allow for the recommendation of this six-month regimen, which should translate into countries incorporating it into national treatment programmes,” said Professor Nargiza Parpieva, Country Coordinating Principal Investigator in Uzbekistan. “This could not only ultimately save many thousands more lives, but also vastly improve quality of life for those undergoing treatment. Patients on the trial tell us they no longer need to put their life on hold just to get cured.”

Since the first patient was enrolled onto the TB-PRACTECAL trial in 2017, new treatments for MDR-TB have become available. But lengthy regimens that patients struggle to complete are still the reality in many of the countries in which MSF works. The WHO’s current guidelines recommend treatment lasting nine to 20 months for patients with MDR-TB.

Earlier this month, the trial’s independent data safety and monitoring board recommended that randomisation of patients into TB-PRACTECAL be stopped, as more data was extremely unlikely to change the results of the trial. As a result, MSF has closed enrolment to new patients last week.

“My heartfelt thanks to all our partners and to all the staff who’ve been involved in this complex project overcoming significant obstacles,” said Dr Bern-Thomas Nyang’wa, Chief Investigator of the trial. “Most of all, I am grateful to the people suffering from TB who took a chance on us so future TB patients might be able to have access to better care.”

A data and safety monitoring board or DSMB is an independent group of experts that regularly review clinical trial data to ensure the trial continues in a safe manner and the data collected is of a good standard.  They make recommendations to trial sponsors on whether a trial should continue or not depending on their findings.

When making the recommendation to stop the trial, the TB-PRACTECAL DSMB said:
This recommendation is based primarily on guidance in the trial’s DSMB Charter that stopping might be considered if a difference between randomized arms of at least three standard deviations in the interim analysis of a major endpoint is achieved and the results have the potential to impact clinical practice.  This level of evidence was achieved favouring the bedaquiline (B), pretomanid (Pa), linezolid (Lzd) and moxifloxacin (Mfx) arm versus the standard of care control arm for the primary outcome of percentage of study participants with an unfavourable outcome.  The difference in the proportion of unfavourable outcomes was primarily driven by a higher rate of treatment discontinuations in the control arm. For both arms, there were no TB treatment failure or recurrence events reported.  Five deaths have been reported in the control arm versus none in the B, Pa, Lzd and Mfx arm.  The DSMB also reviewed the consistency of the pattern of the observed difference in unfavorable outcomes and specific details of treatment discontinuations over calendar time and across study sites noting variation in the control regimen (standard of care), as well as supporting results concerning culture conversion early during treatment.

TB-PRACTECAL is a multi-arm, multistage, open label, randomised controlled trial which enrolled into three investigational regimens in Stage 1: B-Pa-Lzd-Mfx, B-Pa-Lzd-Cfz and B-Pa-Lzd and a control arm. Stage 2 enrolled into the B-Pa-Lzd-Mfx investigational arm and the standard of care arm only. At the time of trial enrolment termination, a total of 552 participants have been enrolled into all four trial arms. More information on TB-PRACTECAL including primary outcome measures can be found here: Pragmatic Clinical Trial for a More Effective Concise and Less Toxic MDR-TB Treatment Regimen(s) - Full Text View - ClinicalTrials.gov

The Dutch Postcode Lottery generously contributed towards the funding of the trial.

Some patients with highly drug-resistant tuberculosis can access a six-month regimen consisting of the same drugs (B, Pa, Lzd) as those tested in TB-PRACTECAL, but under operational research conditions.