There are serious medical and public health concerns with the spread of cholera and other water-borne diseases, skin infections and respiratory tract infections. Some of the flood-affected areas remain difficult to access and are receiving little to no assistance. With the malaria season fast approaching, and with many people sleeping rough and unprotected from the elements, MSF is also concerned about an increase in people suffering from malaria.

In Beira, MSF is running three purpose-built cholera treatment centres (CTCs) as well as a cholera treatment unit in a Ministry of Health facility, and has set up 20-bed isolation units in both Dondo and Tica, and a 10-bed facility in Buzi. Teams are supporting primary health facilities in five remote towns and villages outside of the city, and running mobile clinics in Chibuabuabua, Tundane and Matua, while continuing to assess the needs of displaced people in rural areas.

MSF outreach teams are carrying out health education and promotion activities, teaching families to protect themselves by treating their own water and explaining what to do if they fall sick, while providing psychosocial support to communities affected by the cyclone. MSF has also assisted the Ministry of Health and WHO with logistics, technical and planning support for a large-scale cholera vaccination campaign in Beira.

Water and sanitation services remain a priority in this emergency, with thousands still struggling to access clean water. MSF health promotion teams working in the community have heard stories of people drinking stagnant water from the side of the road, or even taking it from disused latrines. In response to the needs, we have been setting up safe water points and assessing existing ones, as well as building a dedicated water treatment unit in Chingasura, one of the most cholera-affected neighbourhoods in Beira.

Over 170 international emergency staff have been deployed to the region to support more than 600 Mozambican staff. Reinforcements continue to be hired as MSF scales-up activities, and more than 100 tons of international air freight supply has been sent to Beira since the crisis began.

Although the rapid response to the outbreak from the authorities in Beira, the Ministry of Health and MSF has helped to stabilise the spread of the disease in the city centre, with teams treating patients as early as 21 March, the outbreak is by no means over.

The immediate consequences of the cyclone will require a massive response, but the normal functioning of the health system must also be maintained; mothers still need to deliver babies safely and people still need vital medication for chronic diseases, including HIV and TB. 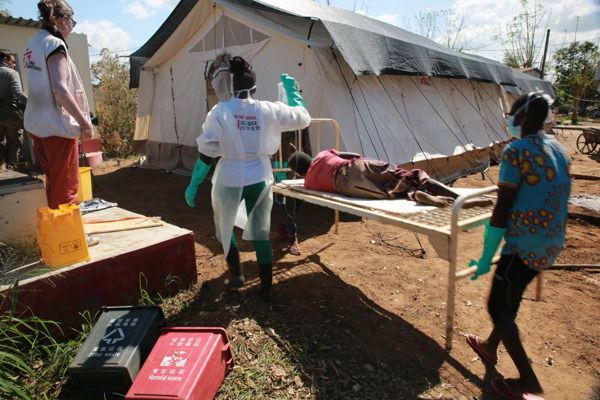