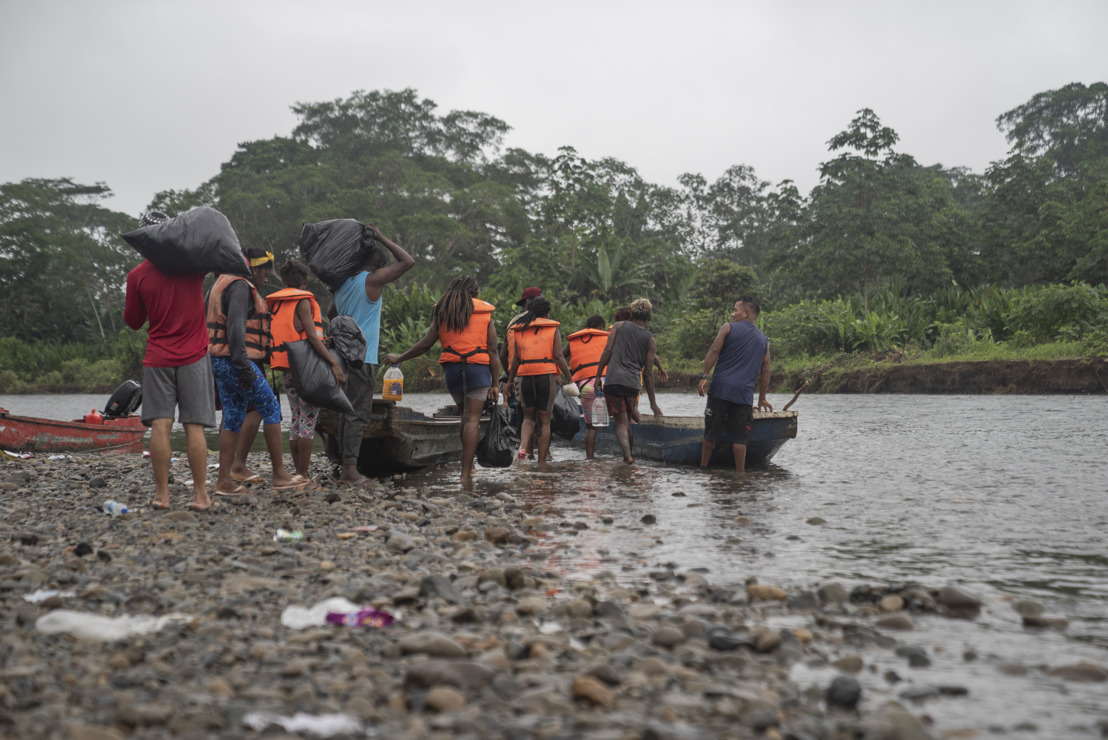 “The vast majority of migrants we see are families of Haitians who have lived for the last few years in Brazil or Chile,” says Owen Breuil, MSF field project coordinator in Panama. “Many of them lost their livelihoods due to the pandemic and have been forced to move north in search of opportunities.”

Those moving through the jungle include those who have had to abandon Haiti or the countries where they were residing because of violence, or the economic crisis caused by the COVID-19 pandemic. Policies that criminalise migrants have also pushed people to move.

Médecins Sans Frontières (MSF) is calling for safe migration routes and for regional governments to provide protection from violence for migrant families.

“They have no other alternative than to cross the border between Colombia and Panama,” says Breuil. “They are forced to do so by the most dangerous route, because they cannot pay for other, less exposed, paths.”

“Free and orderly transit between the two countries is the only sustainable option to guarantee protection for these people,” says Breuil. “We urge for safe routes for migrant families and for regional governments to provide protection from violence.”

Guillermo Gironés, MSF's medical coordinator recalls one of the patients she worked with.  “She was a 17-year-old girl. They had raped her on the way. But that wasn't the only trauma she experienced. She'd become separated from her mother. Everyone has a different pace and, being younger, she moved on ahead. So when we treated her in Bajo Chiquito, not only was she traumatised by the rape, but she also had the added anxiety of worrying about her mother, if the same thing had happended to her and whether she would see her mother alive again.”

In addition to medical care, MSF provides mental health care, which people badly need after their traumatic experiences crossing the jungle. People experience physically gruelling days of traversing perilous terrain, with rivers that suddenly burst their banks, steep slopes and cliffs that are extremely difficult to navigate. They frequently tell of having seen corpses on the route and injured people who have been left behind, unable to continue. In the course of our activities to date, through to early October, we have provided 877 individual mental health consultations, and 3,475 people have participated in group consultations.